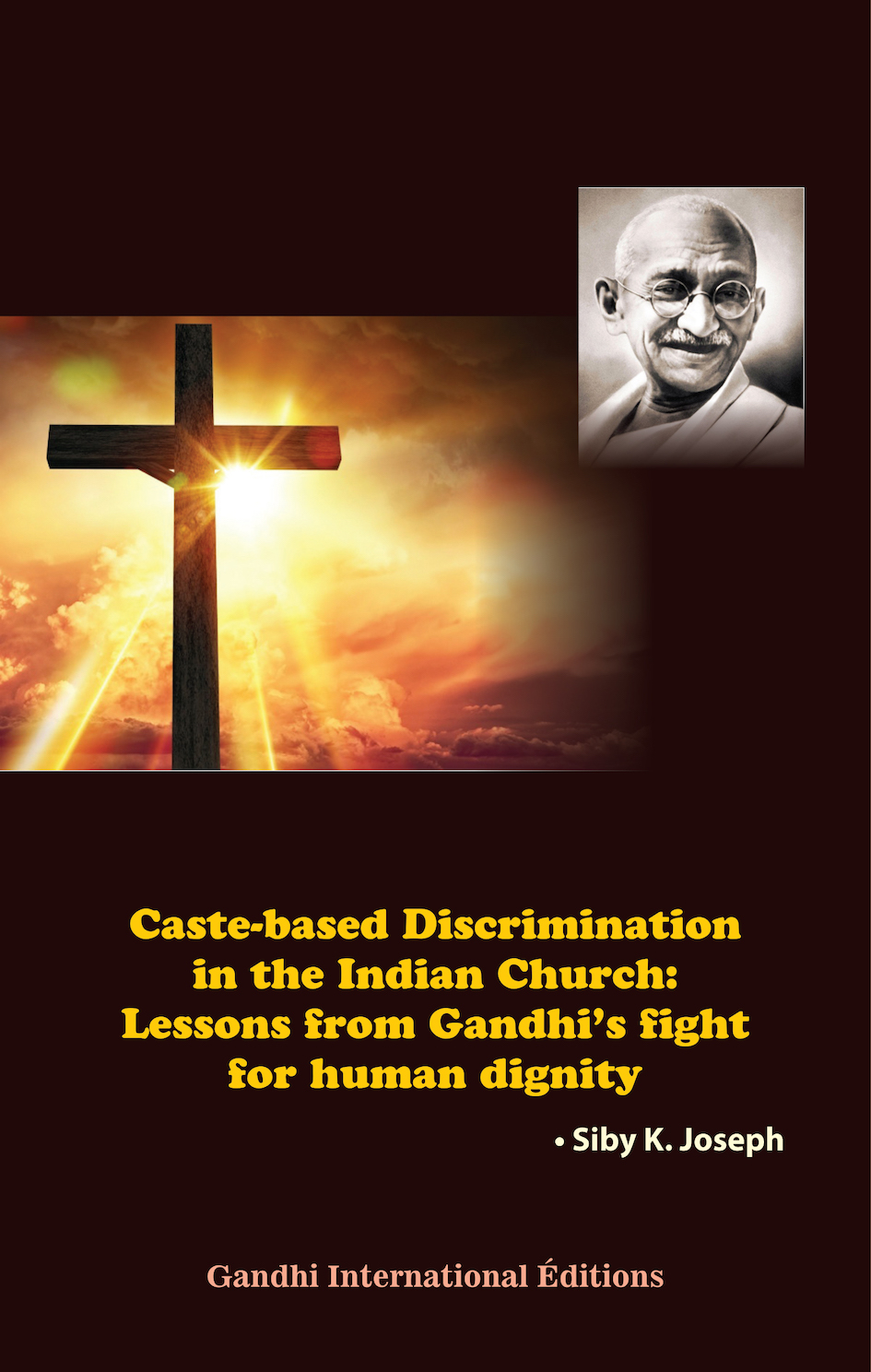 CASTES-BASED DISCRIMINATION IN THE INDIAN CHURCH:
LESSONS FROM GANDHI'S FIGHT FOR HUMAN DIGNITY

The present work is a revised version of a lecture delivered at a Symposium on the topic “Caste-based Discrimination in the Indian Church” organized by the Carolian Theological Forum of St. Charles Seminary, Nagpur on October 2, 2017, by Siby K. Joseph.

This work is divided into three parts. The first part of the study analyses the issue of caste discriminations in the Indian Church. The second part describes Gandhi’s fight against caste discriminations for restoring human dignity. It reviews all major writings as well as actions of Gandhi on these issues to understand Gandhi’s mind and his actual practice. This analysis gives the reader a clear picture of all the issues involved in respect of Gandhi’s approach to caste and untouchability.

What Christians can learn from Gandhi’s strategy against caste discrimination is summarised in the last part of the study. Some important writings of Gandhi and Ambedkar are given in the appendices to have clear understanding of their viewpoints. It is hoped that the present work would further stimulate introspection, reflection and deliberation on the theme and finally to root out this evil practice from the Christian community and from the Indian society at large. Further, it will remove misconceptions about Gandhi’s very approach on these issues in the minds of readers.

Our books in English

To buy our books

Praxis of Gandhian Perspectives in the Present Indian and Global Context

Caste-based discrimination in the Indian Church: Lessons from Gandhi's fight for human dignity