The March for the Justice Jan Satyagraha 2012

October 2, 2012. Five years after Janadesh, their first march, the landless peasants of the Ekta Parishad union meet in Gwalior, in India to march to  Delhi, the capital. They needed 100,000 participants to demand new rights over land, water and natural resources. They were about 35,000 but millions in Indian villages would hear the message. There were also many support activities in Europe and the rest of  the world with local marches, meals, conferences and meetings.

We have often heard the cry we learned from Gandhi : JAI JAGAT! Victory for the world! But what is this victory? The agreement reached 8 days later in Agra? The million land titles given to Adivasis (tribal people) since 2008? Or standing, walking, and facing the holders of power, without hatred or contempt but with determination?

A hundred thousand and one is the sum of the victorious landless' peasants of Ekta Parishad with their leader Rajagopal on one side and on other, the Indian state and its government. All contributed to this victory, without violence and with respect.

It was hard for everyone, this victory could not be taken for granted. Victory against fear, indifference, poverty, and the inevitable fatigue is a daily task.

This film recounts not only the Jan Satyagraha march and the twenty years of Ekta Parishad’s nonviolent struggle, but also what was acquired after Janadesh. The million property titles distributed to Adivasis since 2008 transformed their lives, opening doors to a dignified life, joyous awakening and the return of their confidence. An example for the future? 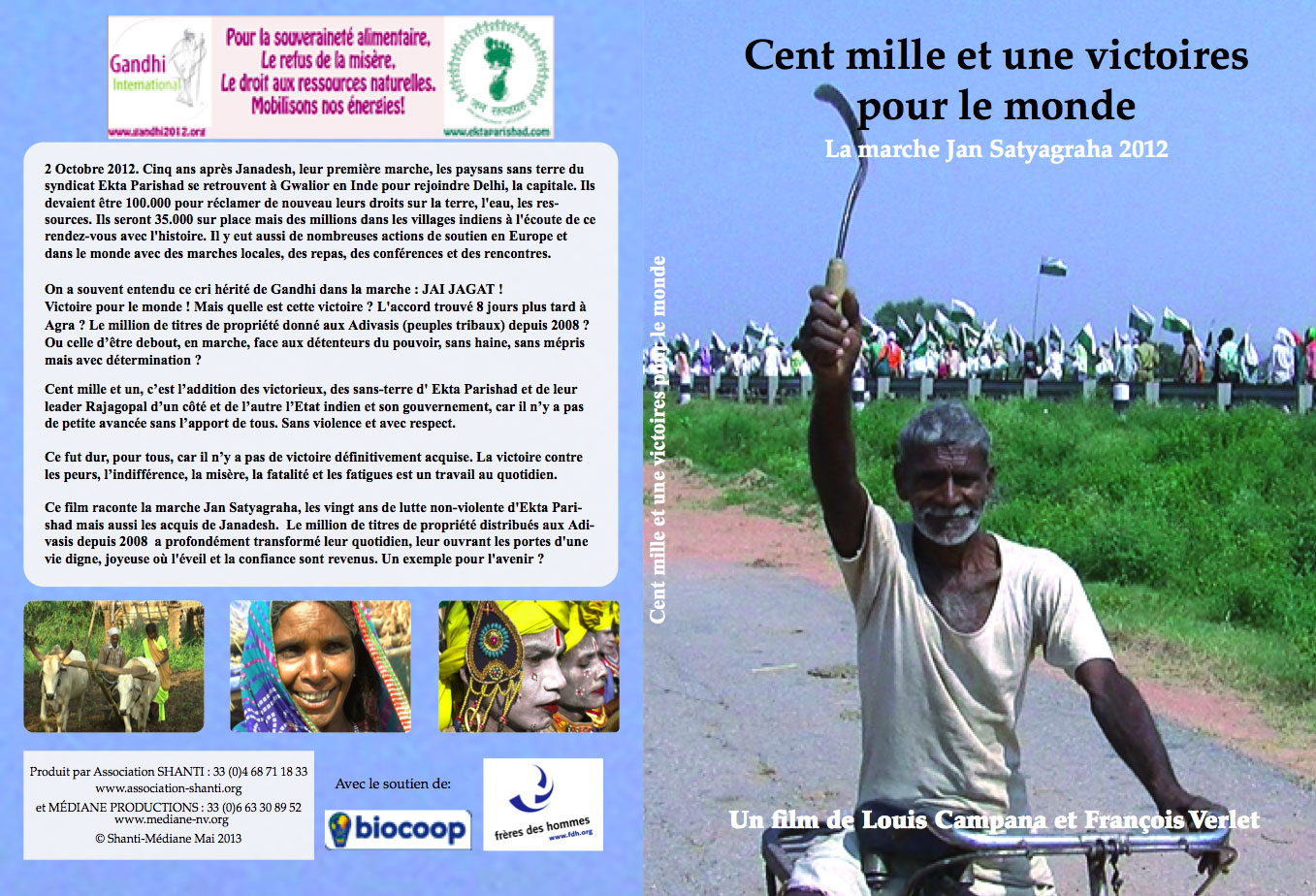