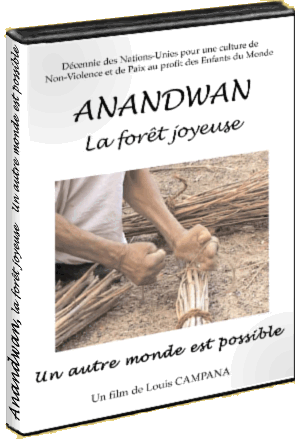 1950, India just got its independance. Following the terrible shock created by Gandhi's assasination a young man born in a wealthy civil servants family, Baba Amte, refuses the easy life proposed to him. He wants to serve the poor and believes in a non-violent revolution.

His belief relies on 4 bases: -The abolition of the cast system (Officially abolished by the Congress in 1947). -The establishing of an independant economy by the creation of  self-governed village republics in charge of managing the local needs (agriculture, education, health, handicrafts and small industries). -Women’s rights promotion. -Two simple slogans: «  the force is within our hands » and « happiness dies if it's not shared ».

Mahatma Gandhi’s philosophy is respected because he is the father of the young Indian nation. But his ideas are suspicious to the middle class as they could destabilize a feudal system well in place. Rejected by his family disturbed by its choice of sharing Gandhian values, Baba Amte is left alone with his wife, two kids and three lepers.He faces this new reality by claiming and getting 200 hectares of deserted land in the centre of India  to create a lepers centre.

Fifty years later a 4000 souls village has risen, ANANDWAN. Lepers, previously rejected all over India organise, create and give life to a huge  number of workshops and cultures. We discover on this film a happy society where mutilated feet, hands and bodies learn new jobs and perhaps a different vision to the well being, people injured in car accidents, the blind or the deaf.